One Vision, Many Voices
Let us dream (nachalom) and then begin (v’nat’chil) to build the future we desire.
​
2020 was unusual, stressful and a bit overwhelming. It caused each of us to rethink how we would engage our sisters, have programs, take action, connect with each other and carry out our missions. Our convention was designed to address these “how's.” Even though we were not able to meet in person, we were able to take this opportunity to create something extraordinary! With your participation we engaged people throughout the Pacific District, across North America, and even reached a cohort in Israel. We captured the moment to explore how we could strengthen ourselves, our sisterhoods and our connections.

At convention met with women in small and large sessions; to learn, share ideas, study together, celebrate Judaism, and network. Together we studied our Torah portion, Noach, learned how to lead a workshop; manage conflict; discuss hot topics in Social Justice and best practices in leading our Sisterhoods in a virtual world. In small chat rooms we connected with old friends and met new ones.

Led by our WRJ Pacific District President, Dana Adler, and First Vice President, Cher Krichmar, we were inspired by new ideas and by our special guest speaker Breast Cancer Survivor and Gun Violence Victim Natalie Grumet. We conducted district business that required a vote by our members including election of officers and approval of proposed bylaws changes. Additionally we celebrated and recognized our Pacific District officers and Board Members who concluded their two year term and thanked them for their dedication and leadership.

Our Past District Presidents continued to inspire us with a special installation of our new WRJ Pacific District President and her board of 23 women. Together we enjoyed a beautiful Havdalah Service and then ended the evening with fun, games, and good conversation.

This extraordinary convention experience was not confined to one weekend in October, but began in August with a variety of Thursday night programs beginning with a program on engaging in difficult conversations about race and racism in America on August 20th with author Robin DiAngelo on her book White Fragility: Why It's So Hard for White People to Talk About Racism.

To fully enjoy this venture together all you needed was a computer, tablet or smart phone and the Zoom app.We offered tech training sessions and additional tech help to make sure everyone who wanted to could participate.

To read more about this exciting event for our district check out Yammer, Twitter, and Facebook and search for the tag #WRJPD2020!

​We were very fortunate that so many of our district Past Presidents were able to join us at the Installation of our new 2020 PD President Cher Krichmar and her board! 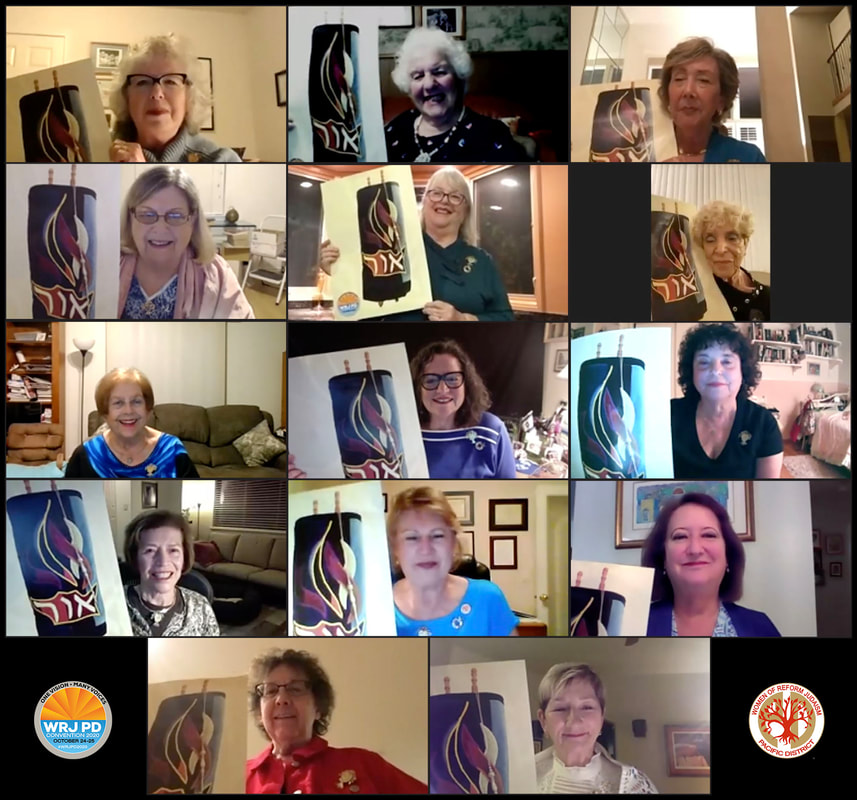 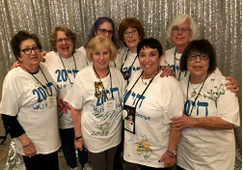 My favorite Convention memories are being with my Sisters exploring new experiences. My first Convention was in Oakland. We flew into San Francisco Airport and took the BART to Oakland. It was my first time leaving my family and trekking on a girls’ trip. And it was exciting, informative and fun. The seasoned members of our Sisterhood held nightly slumber parties for everyone, where we met and talked about what we learned, our lives and everything under the sun. There were so many exciting programs and ideas I remember being excited to come home and recreate some of them at our Sisterhood.

My second favorite Convention memory was at the Convention in Portland. There is just something so incredibly warm and embracing about being with friends you only see at Convention. The city, the convention, the people. I was inspired. Phyllis Bigelson gave a speech about getting involved with the District. I talked with her about opportunities and by the time we landed back in LA I was involved in planning the next Convention.

This year, there were no flights, no hotel, but there was still lots of opportunities to learn and connect. Can’t wait to find my next Convention memory!